Chat with us, powered by LiveChat

Overview of Singapore
Singapore, a small island founded in 1819 by Sir Thomas Stamford Raffles, was intentionally developed as a trading post for Britain’s East India Company. From its inception, Singapore was groomed to become an epicenter of opportunity and growth by becoming the medium of trade between Europe and Asia. This drive to economically expand was further fueled after Singapore’s independence in 1965. Lee Kuan Yew, Singapore’s first Prime Minister, dispensed his effort and planning on rapid economic growth. He led Singapore into economic power by supporting business entrepreneurship consequently creating a business-friendly environment. Top names of business, technological, medical, and hospitality industries can be found in Singapore.
The fifty-year-old Singapore is now a highly urbanized country that is known for its minimal corruption, which attracts direct investment and naturally, creates competitiveness. As such, there is a low unemployment rate averaging at 2.49% in the past twenty years, making it Asia’s major commercial hub. Approximately 5.5 million people reside in Singapore, predominantly Chinese Singaporeans at 74.1%. 13.4% and 9.2% of the rest of the population are Malays and Indians, respectively. With a diverse population, languages such as English, Malay, Mandarin and Tamil are heard throughout the community.
Aware that it is a knowledge-based economy and to sustain its global presence, Singapore is meticulous with its education system. In other words, Singapore knows it heavily relies and needs to develop its human resource. Singapore’s public universities, National University of Singapore and Nanyang Technological University, have consistently been ranked in the top 50 worldwide. In 2002, aiming to become a “Global Schoolhouse”, Singapore invited institutions offering world-class tertiary education from names such as University of London and Yale University. By injecting strong academic strength of foreign universities into Singapore’s active economy, education in Singapore is an excellent opportunity for students today. ​

What Singapore has to Offer
There are five significant advantages of studying in Singapore. The first two are time and cost. By studying in Singapore and obtaining the same accredited degree given in western countries, students can save up to half the time and cost when studying in United States. This gives them competitive advantage in pursuing job experience or in further pursuing a postgraduate degree. This leads to the third and fourth advantage – job employment and business networks. As mentioned, Singapore has one of the lowest unemployment rates and offers competitive employment packages in the world. Undeniably, this is a characteristic that is strongly intertwined with career security. Because of its array of international companies, Singapore is the ideal place to build close relationships and network with the world’s most reputable companies. Lastly, Singapore’s history has developed a culture that not only is relatable for Chinese mindsets but it has made Mandarin as one of its official languages. Furthermore, the community has a mix of ethnicity which generates positive attitudes towards differences. 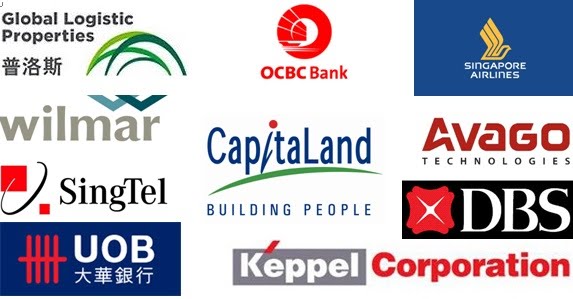 ​ Cooperative Programs are programs from foreign universities that work with institutions in sharing facility and management. It is important to note that although they work through other institutions, these cooperative programs certify the same degree and accreditation as in their main campus. The three institutions that hosts these foreign programs are Kaplan, MDIS and SIM Global Education.